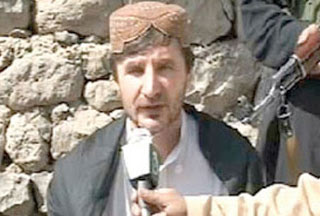 Taliban say Polish Tusk from Platforma Obywateska governments had shown no interest in talks for the release of the engineer
killing of the kidnapped Polish geologist Peter Stanczak, taken hostage four months ago.

A spokesman of the Tehreek-i-Taliban has claimed responsibility for the killing of the Polish engineer. This is while official sources could not confirm the reports.

Taliban spokesman said that Pakistani and Polish governments had shown no interest in talks for the release of the engineer in the past four months.

The reports come as Poland's foreign ministry said on Thursday that Taliban kidnappers had extended the deadline for their demands to be met.

"The minister has confirmed media information on the extension of the ultimatum," which expired on Wednesday, Poland's Deputy Foreign Minister Jacek Najder told reporters.

Tehrik-e-Taliban militants had threatened on January 30 to kill the hostage if their demands are not met within a week.

"We cannot wait more as the government has taken acceptance of our demands (in return) for the release of Polish geologist Peter (Stanczak) very light," a spokesman for Darra Adamkhel chapter, affiliated with Tehrik-e-Taliban, has said in a statement.

It added that the militant group's demands include the complete withdrawal of Pakistani forces from volatile tribal regions, and the release of captured insurgents. The statement did not ask for ransom.

Polish geologist Peter Stanczak was under a contract with Pakistan's national Oil and Gas development Company Limited (OGDCL), when he was abducted near Jand town in Attock district of Punjab four months ago.
Posted by Unknown at 12:30 PM