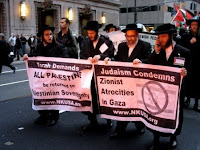 Warsaw - Seventy-three Palestinian children from the war-torn Gaza Strip will spend three weeks in Poland for psychological care following an invitation from President Lech Kaczynski, the daily Rzeczpospolita reported. The children aged eight to 15 were taken by presidential plane from Egypt to a health centre in Golowice, central Poland, for meetings with mental health specialists.

Many of the children saw family die during a recent Israel offensive in the Gaza Strip, said Mahmoud Abu Aisha, of the Gaza Community Mental Health Programme.

"Because of the closed borders, Palestinian children couldn't even dream of such a vacation," Aisha told the daily. "Unfortunately, this is the only program of its kind. No other country in the world had this idea like Poland."


Lech Kaczyński - President of the Republic of Poland

Born in Warsaw in 1949. Studied law at Warsaw University. In 1971, he moved to Sopot to work as a scholar at the University of Gdańsk. In 1980 he took a doctor’s degree in labor law, and in 1990 he was awarded a post-doctoral degree.

In 1977, he began to work for the Interventions Office of the Worker Defense Committee. A year later be became involved in the activity of Independent Trade Unions. In August 1980 he was nominated as an adviser of the Gdańsk Inter-plant Strike Committee. He was also a delegate to the First National Congress of the „Solidarność” Trade Union. Interned during the martial law. When released from internment, he returned to trade union activities. He was a member of the underground Solidarity authorities.

In December 1988, became a member of the Civic Committee with Lech Wałęsa. He took part in the Round Table Talks in the team focused on trade union pluralism. In 1990, he was nominated as the Union’s first deputy chairman involved in the running of the Solidarity Trade Union. He was elected senator in the June 1989 election, and two years later a parliamentary deputy representing the Center Civic Alliance Party. In 1991, he was appointed as the head of the National Security Office at the President’s Chancellery. A year later, in1992, he was nominated as the president of the Supreme Chamber of Control (NIK) and he continued to hold that office until 1995.

In June 2000, Lech Kaczyński was nominated as the Minister of Justice by Prime Minister Jerzy Buzek. He soon became the most popular member of the cabinet.

In April 2001, he was elected as the head the National Committee of the Law and Justice Party (PiS) to be elected the party’s president in spring 2001. After the September 2001 parliamentary election he returned to the parliament as the party’s deputy. In autumn 2002 he was elected Warsaw’s mayor with a big advantage over his opponents. He started his term in office by declaring a war against corruption – the so-called „Warsaw connections” - and by restoring law and order. In March 2005 he officially declared his intention to run as a presidential candidate.

Elected President of the Republic of Poland on October 23, he assumed the office on December 23, 2005 by taking an oath before the National Assembly.

Lech Kaczyński’s wife, Maria, is an economist. His daughter Marta graduated from the Department of Law at Gdańsk University. She is married to Piotr, and in 2003 she gave birth to her daughter, Ewa.
Mr. and Mrs. Kaczyński are fond of animals. They have two dogs and two cats.
Polish aid for Gaza conflict victims
Friday 9 January 2009, by Kasia Zegadlo
2009-01-05

Polish humanitarian organizations are providing emergency aid to the victims of the armed conflict in the Gaza Strip.

Caritas Poland has allocated 20 thousand dollars, mainly for medical aid provided by Caritas Jerusalem in its permanent health care centers. The money is used also to organize more first aid stations. Caritas Poland started a fund raiser among Poles to finance help for people who have suffered in the armed conflict in Gaza

Also the Polish Humanitarian Organization is collecting funds for this purpose. Its head Janina Ochojska says the organization will provide emergency aid through local humanitarian organizations, which have access to the Gaza Strip. This is how it hopes to send aid to a dozen of families of Polish women, who live in the region

A Letter to Palestine" is a poetical and musical expression of yearning and nostalgia; based on historical facts. Lots of Jews in pre-war times decided to leave European countries (Poland included) for a New Land -- Palestine and reasons might have been various: orthodox, sionistic or just sentimental . The song is a confession and complaint of a couple which by such a decision got separated and stay far away from each other (a letter...).
Sung with true affection by Adam Aston, 1934.