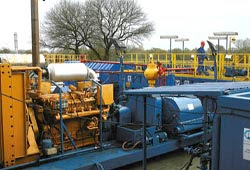 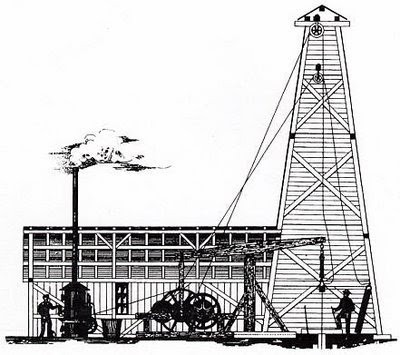 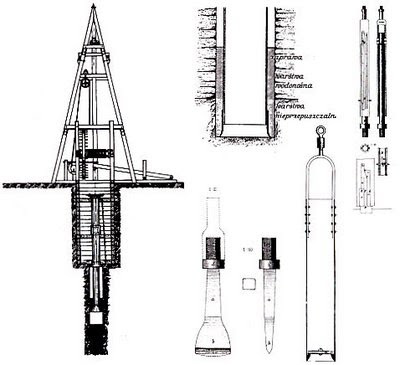 
TEHRAN – Iranian Industries and Mines Minister Ali Akbar Mehrabian and Polish Minister of Economy Waldemar Pawlak agreed to restart the two countries’ joint commission in order to expand their economic cooperation, in a meeting on Saturday in Warsaw.


Mehrabian is in Poland to attend the United Nations Climate Change Conference in Poznan. The conference will kick off on December 1 and will run until the 12th, IRINN reported.

The Poznan meeting, which is expected to draw around eight thousand participants, will both advance international cooperation on a future climate change regime and ensure progress on key issues.

The two-week meeting is the halfway mark in the negotiations on an ambitious and effective international climate change deal to be clinched in Copenhagen in 2009. It also provides the opportunity to draw together the advances made in 2008 and move from discussion to negotiation mode in 2009.

Last year’s conference, hosted by the government of Indonesia, brought together more than 10,000 participants, including representatives of over 180 countries together with observers from intergovernmental and nongovernmental organizations and the media.

Turning to the global economic crisis, Mehrabian said, “Iran’s independent economy could maintain its growth and now it is among the safest regional states to develop economic cooperation with European countries.”

“Europe’s new approach toward Iran could help its tense states hit by the U.S. financial crisis,” he stated.

Pawlak, who is also deputy prime minister, noted that Poland is determined to develop relations with independent countries like Iran in the economic and industrial spheres.

He expressed hope that Tehran-Warsaw cooperation would “save Poland’s economy from the global financial crisis.”

The Polish minister also announced that an economic and industrial delegation will visit Iran soon.

The potential for cooperation in the fields of shipbuilding, railway networks, car manufacturing, and tourism were discussed during the meeting

In the Podkarpacie region, 15 kilometers from Krosno and 6 kilometers from Dukla, a village of Bobrka is located. It was established by Paszko of Skotniki, in 1397. Its history, over the several hundred years, was similar to that of the other poor piedmont settlements. It was not before the middle of the 19th century that Bobrka became something extraordinary, with a special appeal to people of energy and determination. From the times immemorial, natural springs of thick black liquid were seen all over the area.
It was not before 1854 that Tytus Trzecieski, a philosopher, farmer and a miner by profession - owner of the Polanka estate - got in contact with Ignacy Lukasiewicz. He presented Lukasiewicz a sample of oil from Bobrka and was assured of its value. A company set up by both men, the first in the history of the Polish petroleum industry, started to develop the oil field. The place, nowadays, is commemorated with an obelisk. The inscription on the plaque attached to the obelisk is concise but meaningful: "To commemorate the founding of the rock oil mine in Bobrka, 1854 - I. Lukasiewicz".
According to Szczesny Morawski, the world's first oil field in Bobrka, "... awakened life hitherto unknown, and opened a little God's world that was never before, the little world of miner's toil". The wells were sunk manually, with shovel and pick. The cross-section of such hand-dug well was a square, usually 1.2 × 1.2 meters, and its walls were lined with beams. It was equipped with a winch to lower the diggers and remove the soil. Some inventive fans were used to supply the fresh air and prevent the action of toxic gases. Initially, such wells were sunk up to 15 meters, then 60 meters. One of them, named Izydor, reached astounding 150 meters. Until year 1868, Bobrka had 60 hand-dug wells - two of them Franek and Janina, still exist.
Ignacy Lukasiewicz managed the oil field in such a way that any innovation was welcome. It was not long before the spade and the pickaxe were substituted with a drill bit on rods and a free-fall drilling apparatus. It was a manually operated percussion-type drilling device, brought by Lukasiewicz from Austria. Further improvements by Henryk Walter made possible the drillings as deep as 200-250 meters and to contain the down-hole water. The production was booming. In 1870, Albert Fauck arrived to Bobrka and introduced the cable drilling. In 1872 the manual drill force was superseded by the steam engine.
However, the time had come when Lukasiewicz - the founder of the Bobrka oil field and the nearby refinery in Chorkowka (1873) - had to retire, and to hand his duties over to someone else. And again, both the way he did it and the man he chosen as his successor, tell us much about his wisdom and character. In 1879, Lukasiewicz hired a pharmacist, Adolf Jablonski, and after two-year practical experience, sent him to the United States to study geology, physics and chemistry. Jabtonski - then a high class specialist - returned home, and until his death in 1887, was busy with implementing in Bobrka his overseas know how. He also published a book Oil Drilling and Production and other papers. The premature death (1882) of Lukasiewicz was a great loss to Polish oil industry. Yet, the oil field he had created was vibrant with oilmen's activity and the country was receiving an ample stream of oil, as he had intended. Following Adolf Jablonski, eng. Zenon Suszycki took over as the director of Bobrka oil field. He introduced the Canadian drilling method and a waterproof casing to cope with water.
In 1893, the field became the property of W. H. MacGarvey and later on of the Galician-Carpathian Petroleum Society. Until the World War One, the managing directors were, consecutively, Charles Nicklas, Jozef Kwapinski, Jakub Perkins and Roman Klein. Klein is also known as the author of a valuable publication The First Rock Oil Field of Bobrka (1912).
During the World War One, Bobrka was supervised by Wtodzimierz Bukojemski and in the inter-war period the director's post was occupied by Wladyslaw Henning, Eugeniusz Parski, Stanislaw Parski, Stanislaw Bielewicz, Kazimierz Szczepanski, Jan Niesiolowski and Stanislaw Szumanski. Jan Schwarzenberg-Czerny, Marian Ptak, Leon Mercik and Zenon Lenduszko, worked as directors during World War Two, and Kazimierz Szczepanski, Jan Wegrzyn, Jozef Zuzak, Eugeniusz Kalisz, Stanislaw Kondera, Ludwik Borek and Zbigniew Nowak, during the 1945-1995 period.
Bobrka oil field is still at work, nowadays. In the fifties, the field even saw its revival; on the southern arm of the anticline new reservoirs were discovered. The total commercial reserves of the field have been estimated at 1.237 thousand ton. Since its birth, 140 years ago, the gave a total of 1.190 thousand ton. Oil production in Bobrka continues and some of the active wells date back to the times of Ignacy Lukasiewicz.
Posted by Unknown at 6:02 AM